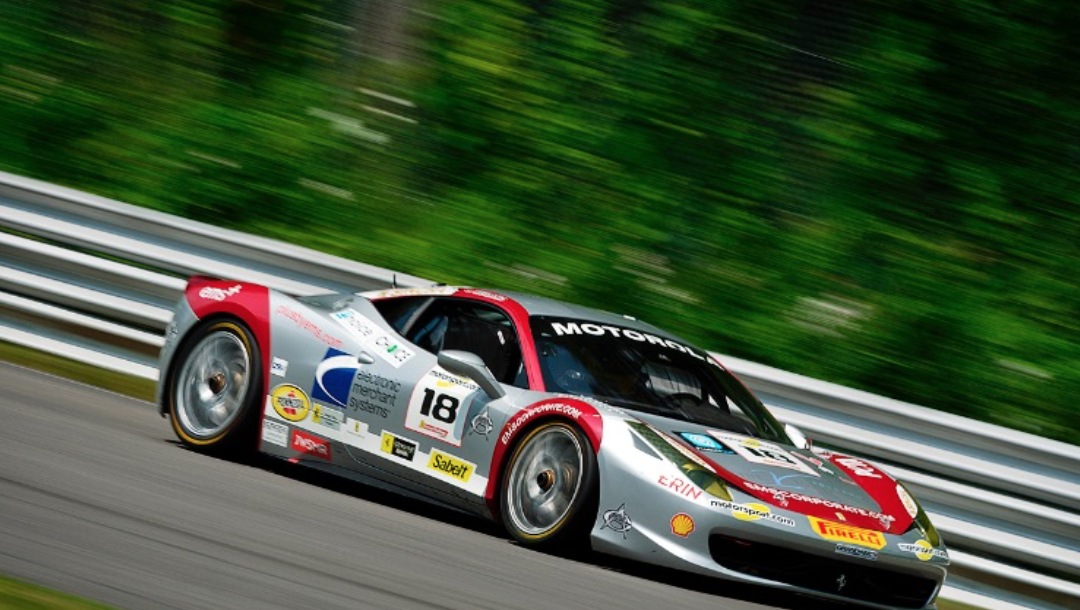 It will be a quick turnaround for EMS Race Team as driver James Weiland and the Boardwalk Ferrari crew now head to New England for the Ferrari Challenge event at Lime Rock Park. After returning home to Cleveland, Ohio from the Asia Pacific Series event in Singapore last weekend, EMS will be back on a stateside track in hopes of a podium finish. The Ferrari Challenge at Lime Rock begins with Race 1 on Friday at 4:05pm EST followed by Race 2 at 3:10pm EST on Saturday for the Trofeo Pirelli and Trofeo Pirelli AM drivers. The Coppa Shell class will be racing at 5pm on Friday and 2:10pm on Saturday.

“There is nothing better than getting right back out there after a couple races that didn’t go our way,” Weiland said in reference to his trip to Singapore last weekend. “We’re excited and energized and feel like we learned some things in Singapore that will help us at Lime Rock. It’s always about growth, how you can get better, and what you can do to improve for our team this season. That’s the mindset we’re taking to Lime Rock. Hopefully we can stick to that mentality, and have a little luck along the way.”

The track that EMS will be racing on at Connecticut’s Lime Rock Park is often referred to as the most significantly historic road racing circuit in North America. Only Wisconsin’s Road America and California’s Laguna Seca can compare to Lime Rock with respect to how many years they’ve consistently serving the racing community. Road America opened in 1955, and then Laguna Seca and Lime Rock followed two years later by hosting their first races in 1957.

“We’ve brought the PETA Cruelty Free and Cornerstone of Hope missions to Connecticut in the past and we always appreciate the opportunity to compete on a track as rich in tradition as Lime Rock Park. The 1.5 miles of up and downhill track looks simple, but it’s immensely challenging to drive. Fortunately for us, we’re a little familiar with Lime Rock after racing there in 2013, but we know it will be an intense competition. The track is certainly unique, and a magnificent venue for racing. Its fans are loyal, vocal and knowledgeable, too, so we know it will provide an exciting weekend of racing that we definitely appreciate being a part of.”

The Lime Rock track owned by Skip Barber is a natural-terrain motorsport road racing venue located in the Lakeville area of Connecticut. Some well-known racers and celebrities who have competed there throughout its history include Paul Newman, Bob Sharp, Mario Andretti, Stirling Moss, Dan Gurney, Sam Posey, and Mark Donohue. For pictures and behind-the-scenes coverage throughout the weekend be sure to follow @emsRaceTeam on Twitter, Facebook and Instagram. Also, be sure to visit EMS Race Team’s Vimeo Page for on-track action following the trip.